Would you care to share some news on your new Giao universal phono pre-amp?

GAIO is my new Moving Magnet phono preamp.
GAIO is housed in a small enclosure, similar to Kinki/Slipsik/Kikkin.
GAIO is black with a laser cut logo and rear plate text. Nice looking!
GAIO was developed during the summer of 2013, from a list of ideas I had been compiling and carrying with me since I had finished Tundra Stereo in early 2012.
GAIO was pure joy to develop. Just like with the first version of Kinki in 2009, I felt that the circuit practically tuned itself. It started out great and just got better and better the more I worked on it.
GAIO was, to be honest, a way for me to take some time off the seemingly endless work on my analogue preamp.
GAIO will replace Kinki.
GAIO will be priced slightly above Kinki, but I am waiting for the invoice from the assembly company until I know the total cost of production.
GAIO is made of components that are individually measured, selected and matched, to make every unit perform optimally.
GAIO circuit boards are soldered in three separate steps: Reflow, wave and by hand. Each process has been optimised as far as I have been able to.
GAIO is a lot of fun listening to records with!

I hope you will like it.
I am very much looking forward to reading the first review!
Top

Congrats, what's the name again? ;)
It's all about musical understanding!
Top

Sounds like owners of MM carts are in for some Great Analogue Input & Output!

Really pleased the product was such a joy to develop.
Top

This is the cool bird whose name I have borrowed: 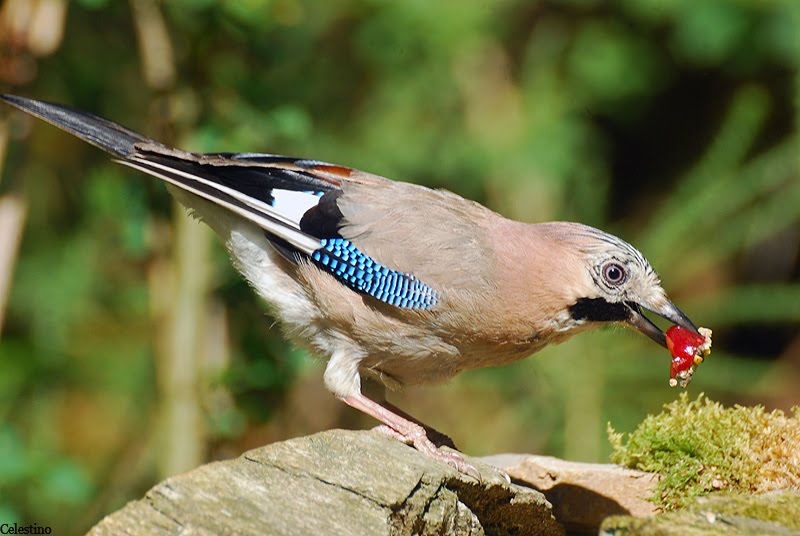 Hmmm... So now you're saying you are giving us the bird?!

The first 14 units are arriving next week! Seven are reserved.
Top

Is there already something known about prices?
Top

Is there already something known about prices?

Gaio will be a bit more expensive than KINKI3.

Next week I will know exactly how much.
Top

Unpacking the first one! It's a North American version.

Suggested prices in Europe, including VAT, have been set:

lejonklou wrote:GAIO is my new Moving Magnet phono preamp.
...
I am very much looking forward to reading the first review!

I have also listened! I have a prototype at home and I'm also very pleased with it. I have compared this with my (fomer) Slipsik 4.0 and the GAIO is much better! The biggest difference is in sound. The music is clearly better but the sound is transformed! It almost sound as I have put an MC in place of my MM Adikt.

Less distorsion, more music and an all together very smooth and pleasant musical experience. Just better!

I haven't compared the GAIO to the Slipsik 5.1 and I know this would be of more interest to most of you. But I only had the 4.0 at home to compare with.

I'm very sure all who listen to the GAIO will be very impressed, I am!
Top

Thank you matthias and Linnofil!

This is what I've been doing today, please tell me if you notice anything strange: http://www.lejonklou.com/?page=117

Still missing is a frontal picture of Gaio. Black is tricky and I'm no photographer. I'll try again soon.
Top

I have to say that Your approach marks a new grade of commitment in audio design. Remarkably thorough. We could only hope that others will follow your example.

Congratulations on your newest kin to join your family of outstanding musical products!
I understand that GAIO is not specifically developed for LP12 lovers, but a more universal phono stage?
It makes me very much tempted to dust off my Rega P2 and SL-10 and get them from the attick again.

In case you´re still planning on a visit to The Netherlands, I am keen to hear GIAO as well.

PS. one more thing - the special Volex powercord being used in GIAO - is this different from other powercords and in that case retrofittable to your other components?
Top


mrco99 wrote:I understand that GAIO is not specifically developed for LP12 lovers, but a more universal phono stage?

The difference between Gaio and big brother Slipsik is that Slipsik has always been developed and tested only with my top specification (except for the cartridge) Linn LP12 with Adikt MM cartridge.

Gaio is also primarily developed with my LP12, but in addition tested with other turntables and cartridges (Rega, Project, Goldring, Grado, Audio Technica). The main difference this has made is that the capacitive load on the cartridge is a little higher on Gaio (80 pF instead of 68 pF, but also different types of capacitors). The 80 pF on Gaio works great with Adikt but in addition suits some other cartridges better.

A Rega P2 with Gaio could make a great fun second system! In an office, a garage, a cottage? I've always been fond of just-for-fun basic systems at an unexpected place.


mrco99 wrote:the special Volex powercord being used in GIAO - is this different from other powercords and in that case retrofittable to your other components?

The direct soldered Volex cords are the same as I've used before. The reason why I pointed it out is that when making Gaio, I bought the seven cheapest power cords I could find, just to see if one of them could sound ok. It could have saved some money when buying them in hundreds. Unfortunately, they were all terrible so I returned to chasing the best sounding models from Volex.

I also pointed out that the power cord mustn't be cut down or replaced, because of a recent incident:
A customer who had bought a Slipsik second hand wanted to change from a European to UK power cord, so he shipped it to me. When I received it, it turned out that the European cord had been chopped off to a length of 0.2 m from the original 2.5 m and a heavy duty plug had been fitted. This was probably done for practical reasons, because who likes a mess of cables behind their system? What the previous owner didn't know, however, is that this really destroys the sound of Slipsik (or Gaio, Kikkin, Kinki). The sound is similar, but musically it becomes really disintegrated, restless and annoying. No wonder he sold it, I thought. So please leave the power cord just as it is!
Top

On Thursday the 31st of October between 2 and 8 pm I will be visiting Tonläget in Göteborg.

Anders will be having an event demonstrating the new subchassis Kore for the LP12 and I will be presenting Gaio. The event starts around 6 pm.

Please do come by if you are in town! And please email anders@tonlaget.com in advance to let him know you're coming.
Top

lejonklou wrote:On Thursday the 31st of October between 2 and 8 pm I will be visiting Tonläget in Göteborg.

If anyone would like to compare Gaio to Kinki, Slipsik or any other phono stage tonight, please bring what you have! Due to poor communication, I am right now listening to Gaio at Tonläget and there are no Slipsiks or Kinkis available...

The Klångedang T1's sound absolutely marvellous! Apparently they've been modified and an upgrade is imminent.
Top

For those of us who couldn't make it to Tonläget yesterday....details!
Top

Yesterday there was no real Gaio demo, as due to a misunderstanding we didn't have anything to compare it to. I even drove across Gothenburg, accompanied by one of the visiting enthusiasts, in a last minute search of a Kinki that a friendly lady was said to have in her home system. We found the lady, she joined us for the demo and she did have a Kinki, but it turned out to be an original Kinki from 2007. I didn't borrow it as it didn't feel like a relevant comparison.

The evening turned out great anyway. What impressed everyone (about 15 guests) was how stunning the system sounded. A comparison was made between a Majik LP12 and an almost identical one with a Kore subchassis. Kore was simply better and we continued on that LP12 from then on.

Several guests had been listening to Akubariks in the very same room a week earlier and they were now shaking their heads in disbelief of how alive every record sounded tonight. Not in your face big and impressive, but irresistably pulling you into the mood of each song. I was super impressed, it was all so emotional and enjoyable. Everyone had some particular song they wanted to hear and I brought two reggae albums that I heard just before leaving home the night before. My understanding snapped into place when playing one of them: Yes, my own almost top spec LP12 IS better, but LP12 Majik with Kore and Gaio is fantastic value for money. And the T1 loudspeakers have been seriously improved. Very much looking forward to upgrading my pair! Anders mentioned that he tuned the previous version using a Klimax Twin and when he switched to Monos, he got into a new spiral of improvements. Less damping in the cabinet, more in the port and the column. I urge everyone who can to visit the shop and give them a listen.

Thanks to everyone who attended!
Top

Sounds like a great evening. Would of loved to have been there and heard it all. Hope Gaio is a success for Lejonklou dealers.
Top

Charlie1 wrote:Sounds like a great evening. Would of loved to have been there and heard it all. Hope Gaio is a success for Lejonklou dealers.

Yes, you should have, Charlie! It would have been great to hear your impression.
Thanks! I'm confident it will be.
Top

lejonklou wrote: Several guests had been listening to Akubariks in the very same room a week earlier and they were now shaking their heads in disbelief of how alive every record sounded tonight.

You forgot to mention that the Akubariks were driven by a top spec LP12 and same KK/2...
Well done Fredrik!!!
It's all about musical understanding!
Top
Post Reply
87 posts